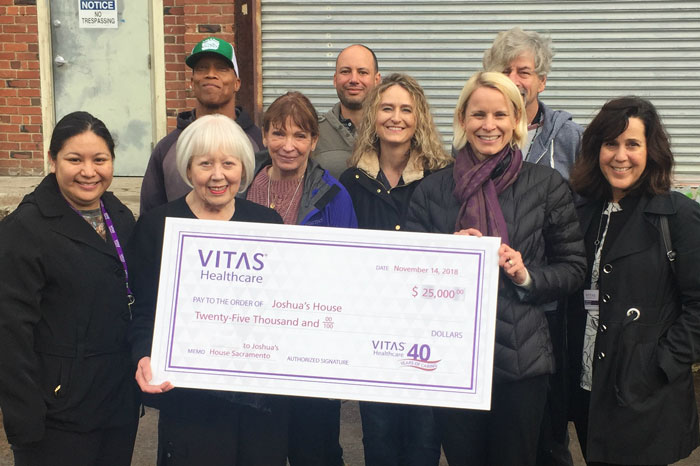 SACRAMENTO, Calif.,— VITAS® Healthcare, the nation’s leading provider of end-of-life care, presented a gift of $25,000 to support the mission of Joshua’s House, a nonprofit hospice house opening in 2019 for Sacramento’s homeless population.

A joint event was held at the site for Joshua’s House, 1501 North C Street on Wednesday, Nov. 28 during National Hospice and Palliative Care Month. 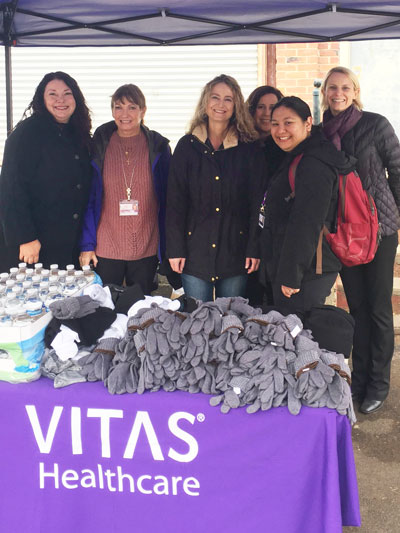 “Joshua’s House is filling a large, urgent need in the Sacramento community as the first such facility on the West Coast and the seventh in the country, and we’re happy to be a part of the solution,” said Lena Nilsson, general manager of VITAS Healthcare’s Sacramento program.

Joshua’s House is a privately funded project founded by von Friederichs-Fitzwater, professor emeritus at California State University, Sacramento and retired professor with the University of California, Davis, School of Medicine, after her 34-year-old grandson passed away of a drug overdose while homeless on the streets of Omaha, Nebraska. Compelled to do something constructive with her grief, von Friederichs-Fitzwater spearheaded Joshua’s House—an inpatient hospice house for homeless men and women in the Sacramento area.

“For homeless people who are terminally ill and have nowhere else to go, the idea of dying with dignity might seem out of reach,” said von Friederichs-Fitzwater. “Thanks to the support of organizations like VITAS, we are one step closer to making this a reality and bringing comfort to the terminally ill homeless population.”