The Early Days of VITAS Healthcare

As told to the Hospice Foundation of America 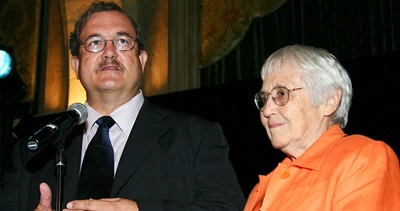 In 1978, two dissatisfied teachers started a hospice. The teachers were Hugh Westbrook, a Methodist minister, and Esther Colliflower, a nurse. They met in the mid ‘70s at Miami-Dade Community College in South Florida, where they joined forces to teach a course on human sexuality.

They made a good team and enjoyed teaching together, so they decided to try another taboo topic: death. They developed a course called “Life Affirmation and Death Attitudes,” a timely topic that drew like-minded professionals.

“That experience,” recalled Hugh in a 2016 interview with Hospice Foundation of America (HFA) President and CEO Amy Tucci, “led us to say, ‘You know, we’re not satisfied just teaching about this. We’re not really researchers. We’re really caregivers.’”

At the time, Esther was a nurse who raised eight children before she returned to the workforce as a community college instructor. Hugh was a parish minister for nearly 10 years, including a year as a chaplain for the terminally ill at Duke University Medical Center.

A conference on death and dying

When, in 1977, the Dade County Mental Health Association held a conference on Fisher Island to discuss care for the dying, Hugh and Esther attended.

There is an apocryphal story at VITAS about a banyan tree. There are even photos of the banyan tree with a white notice nailed to it. The story goes that Hugh and Esther posted the note on the tree during the Fisher Island conference, asking anyone who was interested in starting a hospice to meet there. True or not, it captures the seat-of-the-pants passion that defined hospice advocates in 1977.

Hugh recalls the core group they pulled together: “We worked with a social worker at the Veterans Administration; a nurse at a local hospital who had lost a child; a surgeon who’d had cancer and had radical surgery to remove his arm and changed his whole view of what medicine was about. We got together and began talking about this idea: instead of just teaching about death and dying, trying to create a program that would actually provide a special form of care for terminally ill people.”

Not sure of what a hospice was, they did lots of research. Esther took it upon herself to fly to a hospice in Marin County, California, and to St. Christopher’s, an inpatient hospice near London started by Cicely Saunders in 1967. She was inspired by the outings and events their terminally ill patients were provided as part of their care.

The concept starts to gel

If she was inspired by the concept of improving quality of life, she also realized she preferred the idea of hospice care at home rather than in an inpatient unit or hospice house. The group’s concept of hospice started to gel, but they continued to feel their way. For a year, the small group of volunteers continued to meet.

“Everybody back then had a little different idea about what hospice ought to be,” Hugh told HFA. “We debated these issues:

One day, during yet another organizational meeting, Esther slammed her hand on the desk and said, “You know, we’re either going to do something or we’re going to quit having these conversations.” And she vowed then and there to resign her job at the college and become the first unpaid employee of Hospice of Miami. In July of 1978 they cared for their first patient, Emmy Philhour.

“We had the good fortune,” Hugh recalled, “to have referred to us, by an oncologist, a patient who had been treated for cancer for quite a while and had every kind of chemotherapy and surgery and radiation and everything else. She finally told her oncologist, ‘I am not wanting to continue all of these treatments that have taken away the quality of life that I had left, and I don’t want to go in the hospital, again. I don’t want to die in the hospital. I want to be at home.’”

Learning from their first patient

“That was our first challenge,” Esther said. “I remember driving to her house and realizing that we talked a lot, but this was our chance to produce. That was very scary. Emmy told me, ‘I’m terminally ill, and I hear a group of people are trying to start a hospice. My agreement would be, if you will take care of me so that I will not have to go to the hospital, I will teach you what you need to know about caring for patients.’”

Emmy lived only a month, and she died at home, as she wished. And another patient came along. Then another. Hospice of Miami was caring for patients quite literally “one patient at a time.” They added a volunteer social worker and a volunteer nurse so Esther could be the volunteer team manager and Hugh the volunteer administrative person.

When they won their first grant, they used the $10,000 to hire a director of volunteers, thinking that would enable them to find more volunteers to staff their hospice.

Putting the patient and family first

Esther insisted that the patient and family were part of the team. They realized that an aide—the member of the team who made it possible for a patient to remain at home, have visitors, attend events and improve their quality of life—would be the person who made the most home visits and stayed the longest. The aides’ observations were valued, their opinions sought. Slowly, the makeup and purpose of an IDT came into focus.

“We decided not to have the doctor be the manager or director of the team,” Hugh said. “The doctor gave the order and everybody carried out the order. We were looking for a group that would come together—a social worker, an aide, a volunteer, a doctor, a nurse, a chaplain in most situations—and talk about the overall needs of the patient and family and talk to members of the family as well as the patient, and then, from that, develop a plan of care.”

When they realized some hospice patients would need inpatient care, they tackled that issue, again creating an IDT approach rather than letting their hospice patients return to the standard hospital experience. The interdisciplinary team became the key to good hospice care.

Hospice of Miami had competition in the form of home health agencies, which were strong in Florida. At some point, the hospice people were told they needed to be licensed to bring medical care into the home.

Realizing their IDT concept was what set them apart and needing some kind of governmental recognition, Hugh and Esther met with several Florida state representatives to legally define hospice and the IDT.

That same year, Medicare announced a demonstration project. It would fund 26 hospices across the county to find out if hospice could save the taxpayers money. Hospice of Miami was chosen to represent South Florida. Suddenly, the little hospice with big ideas had a source of revenue that would allow them to continue experimenting, defining and developing.

Based on a 2016 interview of Hugh Westbrook and Esther Colliflower with Amy Tucci. Interview is copyright 2016, Hospice Foundation of America (HFA). Interview used with permission from HFA.