“The process of dying is like preparing to go on a trip,” says Robert Cemillan, VITAS chaplain. “When you are planning a trip, the preparation is what determines how the trip will be and how it will end. For this trip, you’re only allowed memories and love in your suitcase. 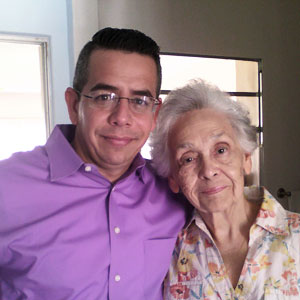 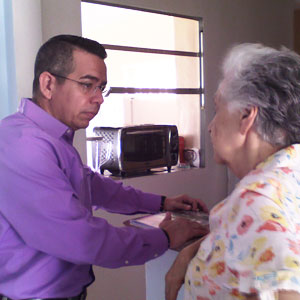 There’s no need to knock at the home of Fred and Elaine* because Fred never locks the door during the day. The tall, slender 89-year-old man with a small, jaunty mustache and big smile greets Robert. His wife, Elaine, is the VITAS hospice patient. The couple has no children and no immediate family in town. After 50-plus years of marriage, Fred is struggling to accept his wife’s terminal diagnosis, while she worries about what will happen to him after she’s gone.

Are you looking for a career as a Hospice Chaplain? View our open positions today.