Dr. Ileana Leyva, MD, will never forget her introduction to palliative medicine. She was practicing medicine in Chicago at the time, a pediatrician in the intensive care unit of one of the city’s hospitals. A 10-year-old boy grappling with cerebral palsy and a severe case of pneumonia passed away, and Ileana reflexively resuscitated him. 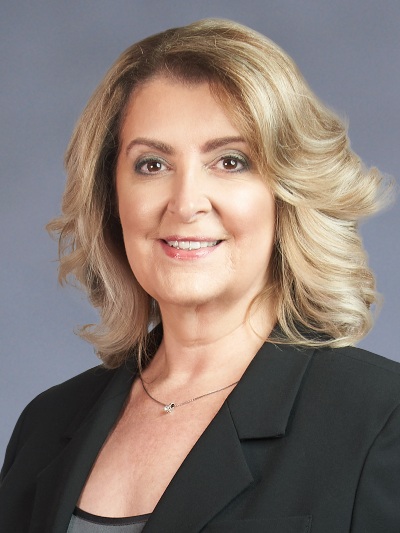 “His mom was livid!” Ileana recalls. “She asked me, `Who are you to contradict 10 years of my decisions? He has a DNR—why did you change it? You kept him alive to live like this?’”

“I had no answer,” Ileana says of that illuminating encounter. “I had never thought of it that way. I didn’t even know what palliative care was.” However, she made it her business to find out and immersed herself in a program that focused on the discipline.

A talent for mapping out new terrain

A hallmark of Illena’s is a knack for plunging into new environments and analyzing them until familiarity and mastery result. A critical skill for someone who was born in Cuba, then abruptly whisked off to South Florida in the 1960s after her parents fled the advent of Fidel Castro and communism.

Ileana became fluent in English, while simultaneously showing herself to be a good student who was really good at science. To augment her education, she regularly read medical books that belonged to a physician friend of her father. Noting Ileana’s strong interest in medicine, the doctor sat her down one day and predicted she’d eventually become a physician.

After earning a bachelor’s degree in biology from the University of Miami, Ileana followed that up with an MD degree from Central Eastern University, in the Dominican Republic.

Recruited by a leader in hospice care

In 2011, Ileana was specializing in hospice and palliative medicine, and pediatric care, when she visited a cousin in South Florida who’d became a VITAS patient. While in Florida, Ileana came in contact with VITAS National Medical Director Dr. Joel Policzer.

“My family thinks he walks on water!” Ileana says of Dr. Policzer, who was also impressed with Ileana. As she was visiting with her ailing relative, Dr. Policzer matter-of-factly informed her: “I’m going to get you to work for VITAS.”

Ileana moved from Chicago to South Florida six years later and is now VITAS’ Regional Medical Director overseeing the care of patients in Florida and in Atlanta.

What are her key priorities?

“Education and outreach and raising the bar,” she says. “I try to be an advocate, and I really like that VITAS is creative in what we will do for patients. 99 percent of hospices don’t do what we do!”