Hospitalizations and Procedures Remain Common Among Advanced HF Patients, but Hospice and Palliative Care Can Help

"Healthcare utilization peaks at the end of life (EOL) in patients with heart failure (HF)," state the authors of a study published in Circulation: Heart Failure, noting that this trend continues in spite of research showing that aggressive care and hospital deaths often conflict with patients' and caregivers' EOL goals.

Although the study authors are optimistic—noting that both hospice and palliative care (PC) use increased among patients in their cohort through the years of the study—they advocate for increased awareness of risk factors affecting HF patient hospitalizations near death, and for increased hospice and PC referrals for HF patients.

“These data…highlight the need for EOL care pathways that encompass patients with a high comorbidity burden. Care directed only at a patient’s HF may not decrease (healthcare) utilization.”Shannon M. Dunlay, MD, MS, Mayo Clinic

HF incidence in U.S. patients is expected to continue to rise, the authors state, and they describe the resulting EOL healthcare as a "tremendous burden... on patients, caregivers and the healthcare system." Research into HF care trends and risk factors for hospitalization and other procedures near the EOL is necessary for reducing this burden and improving EOL care of HF patients, they point out.

Researchers conducted a longitudinal cohort study of adults with heart failure living in Southeastern Minnesota. The cohort included patients enrolled between 2003 and 2011 who died during the study period, which lasted through the end of 2012. Various health and demographic data were collected, including ejection fraction (EF), Charlson Comorbidity Index, marital status, and use of skilled nursing facility (SNF), hospice and PC.

Number of comorbidities was associated with number of hospitalizations (for Charlson Comorbidity Index > 6 vs 0-2: hospitalization IRR, 1.71; 95% CI, 1.36-2.14) but not outpatient visits.

Hospice and PC Trends Over Time

In addition, there was "a dramatic decline in healthcare utilization at the EOL over time, concordant with increases in palliative care consultations and hospice enrollment," the authors write. From the earliest to latest study years, hospital deaths decreased significantly (2003-2006: 32.8%; 2007-2009: 30.6%; 2010-2012: 22.4%), hospitalizations decreased by 46%, and outpatient visits decreased by 32%.

The researchers note that the dramatic increase seen in PC consultations from 2003-2012 "may reflect increased recognition by clinicians of the importance of palliative care in patients with HF approaching the EOL."

Although the authors acknowledge positive changes have occurred in HF EOL care, they stress that their findings underscore that EOL healthcare use in certain subgroups, especially those with multimorbidity, remains high. "[C]are pathways that are not HF specific, but rather encompass the growing population of patients with multimorbidity, need to be developed," they write. 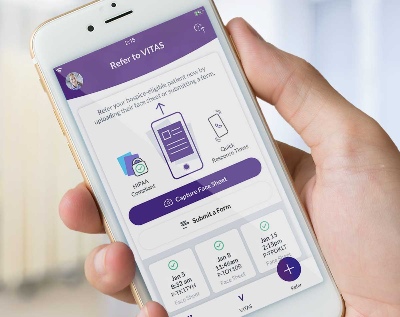