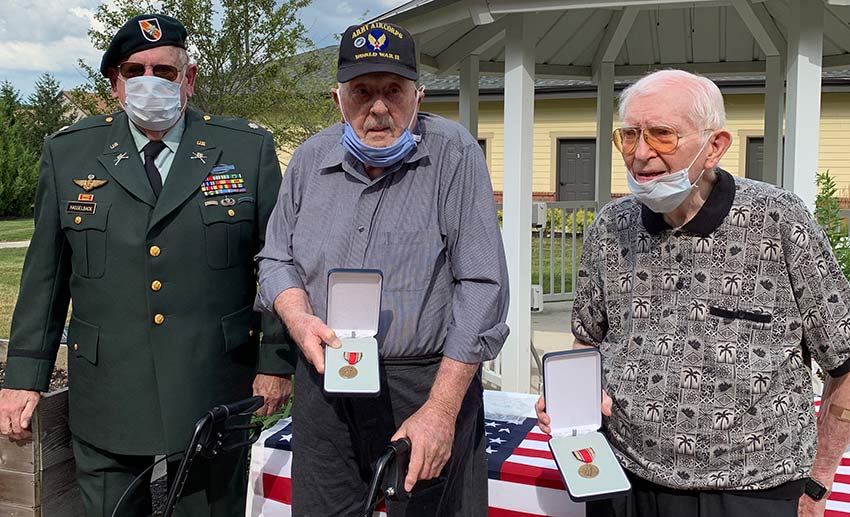 For those providing care to members of the Greatest Generation, the 75th anniversary of the end of World War II looms large as an opportunity to remind veterans how much their service mattered—and continues to matter.

The VITAS team in Columbus, Ohio, felt an especially strong responsibility to recognize the veterans under their care. As Level 5 partners in We Honor Veterans—an initiative of the National Hospice and Palliative Care Organization and US Department of Veterans Affairs—the team wanted to show veterans how VITAS truly does care.

In light of the historic anniversary, General Manager Mark Knepper and Volunteer Manager Dolores Hickman organized a medal presentation ceremony for two WWII veterans and VITAS patients who had never received the recognition they were promised. The team also secured medals for two local VITAS patients who were unable to attend the ceremony.

A Medal That’s ‘Something Special’

“We wanted to figure out something special for the 75th anniversary of the end of WWII,” Mark says. “We wanted to offer something that was heartfelt, that they were truly entitled to.”

That “something special” was the World War II Victory Medal, an award first issued as a service ribbon near the end of the war and then established as a medal by an Act of Congress on July 6, 1945. All members of the US military who served between December 7, 1941 and December 31, 1946—when President Harry Truman declared an official end to hostilities—were eligible for the award.

For a variety of reasons, however, some eligible veterans never received their medals.

The VITAS team held the medal presentation ceremony outside of the facility where patients Preston Dehlin (USAF/USMC, 1943-1950) and William Fuller (USAF, 1943-1945) lived and received care.

Ret. Col. David Hasselback, Vietnam-era Army veteran and father of a nurse on the Columbus team, led the presentation for the veterans and their attending families.

At the ceremony, William offered a few bittersweet words of his own: “I wish all my other comrades would be with me today to receive this honor.”

We Honor Veterans rewards and recognizes hospice programs that provide outstanding care and support services to veterans and their families. VITAS is the first hospice provider in Central Ohio to earn Level 5 partner status, which emphasizes staff education, Vietnam-era and combat veterans, and mentorship of community partners.

“We know the sacrifices that our veterans made, especially those of the Greatest Generation who won the war,” Mark says. “A lot of emotions are coming out of these vets as they reflect back near the end of life. It is traumatic, but we recognize that and train our people to understand and appreciate the challenges that vets face.”

Every Day Is Veterans Day at VITAS®

Medal ceremonies are just one way VITAS cares for veterans. Our teams of experienced hospice professionals are trained to understand the veteran’s unique needs at the end of life.

VITAS maintains strong relationships with multiple veteran organizations to facilitate special recognitions, like the ceremony in Columbus. We also work with our partners to help connect local veterans with their seriously ill comrades, each of whom can benefit from the other’s perspective and experience.

VITAS liaisons, who in many locations are veterans themselves, act as communications contacts and primary educational resources to the VA and those veterans’ organizations to ensure veterans and their families receive the benefits they have earned and deserve.Our hospice professionals understand firsthand the physical and emotional challenges linked to military service, deployment, injury, and combat. They are familiar with the physical, emotional, and spiritual challenges that often emerge as veterans look back on their lives in search of closure, recognition, and the meaning of their service.

Our dedication to veteran patients and families is embodied in a simple but powerful concept: Every Day Is Veterans Day at VITAS®.

And, Mark says, VITAS care teams are humbled by the opportunity. “Taking the time with the veterans who are still with us... is an honor in itself.” 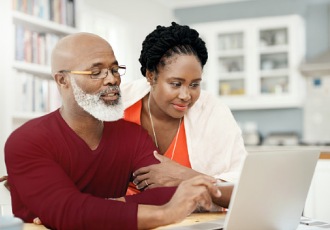