Why We Work in Hospice: A Career Guided by Doing More

In 1983, the AIDS crisis loomed over the American consciousness so fully that even some healthcare providers feared patients who potentially carried the disease.

Peggy Pettit, RN, was among the first to serve on an HIV/AIDS-exclusive care team at VITAS Healthcare. 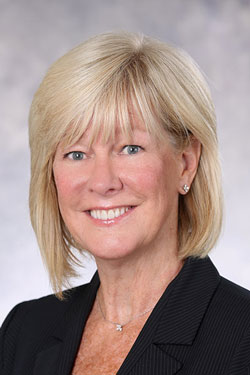 Before she had ever received any training as a nurse, Peggy learned about death and quality of life while caring for her terminally ill mother. That experience gave her an intuition for caregiving and a selfless drive to help others find peace near the end of life–two qualities that have served her well throughout her long career with VITAS and in her current role as the company’s executive vice president.

In each role, her experiences have shaped her understanding of end-of-life care, which in turn have shaped VITAS itself.

During the 1980s, Peggy’s AIDS team pioneered care for patients with a disease that had baffled medical researchers and care providers. Seen then as a high-risk job, Peggy took the AIDS nursing role not to prove her mettle but rather because no other choice would align with her personal code: “Patients and families come first.”

By 1993, Peggy had risen to a position of leadership within VITAS, and her five-word mantra became the first of four VITAS values that guide our employees every day. Her influence didn’t stop there; the switch to electronic medical records, the inclusion of specialists on hospice teams and several VITAS standards regarding the Medicare hospice model bear Peggy’s ideological prints.

Peggy’s breadth of experience makes her an ideal hospice ambassador, and today she deftly navigates varied topics such as bedside manners, population health and barriers to care with industry leaders around the country.

Having observed and influenced the evolution of VITAS and hospice over the course of three decades, Peggy understands that exploration of potentially paradigm-shifting advancements requires diligence, skill and open minds.

“No matter what changes in 40 years, you can’t replace that one-on-one care with technology.”

The idea of electronic recordkeeping at the bedside, for instance, was met with naysaying when it was first proposed 30 years ago. “Anything that might come between the team and patient was dismissed,” Peggy recalls.

Peggy is happy to explain that these technological changes have made caring for patients easier and more effective, in turn making for time better spent at the bedside.

Regardless of how many high-tech tools become available to caregivers, Peggy asserts that satisfying end-of-life care will always hinge on connection and compassion.

“Hospice is high-touch,” she says. “No matter what changes in 40 years, you can’t replace that one-on-one care with technology.”

For Peggy, this means examining hospice’s place in our culture as well as the standards surrounding the medical specialty. For instance, like others in the field, she believes that the Medicare Hospice Benefit established 36 years ago fails to meet the realities of today’s long-term chronic diseases, such as Alzheimer’s and other forms of dementia, end-stage kidney disease and cancer.

She and other advocate a modern approach to the hospice benefit that would expand hospice access to patients beyond the current requirement of a six-month prognosis. Arriving at this conclusion is easy when following Peggy’s guiding question: “Can we do more, help more?”

“Always make the ethical decision, and business will follow,” she says.