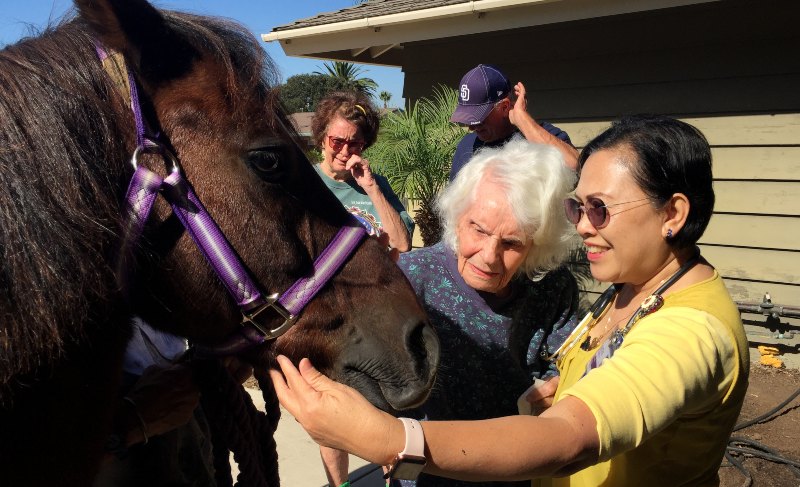 VITAS patient Florence Fife got to visit with a pony named Al Capony thanks to the work of her care team and VITAS Community Connection.

Donna and Alan Fife had a simple request for their mother, Florence, who had owned a pony as a young girl: Would it be possible for Florence to experience the joy of petting a pony one last time at the home-based assisted care center in San Diego where she was a VITAS patient?

Thanks to the efforts of VITAS Volunteer Services Manager Alex Silva, his San Diego colleagues and VITAS Community Connection, Florence’s wish came true – and her family enjoyed lasting memories. A fellow resident even shared in the excitement.

‘The Look on her Face Was so Special’

Florence was up and ready to go when the team arrived. Because the animals couldn’t go inside, she met them in the front yard where there was space.

“She was a little apprehensive at first, but as soon as she got outside, she started petting and talking to Al Capony,” Silva says. “The look on her face was so special.”

Florence’s daughter broke down in tears.

“She and Florence’s son were grateful that we went through the trouble to bring such joy to their mom,” Silva says.

Another Resident Gets a Visit

Facility staff members mentioned that another resident, George Hare, had also owned a pony as a child and was interested in getting up close and personal with Al Capony, too.

He was bedbound in a room at the back of the house with a sliding door, so Rothbart led the pony around.

“Al Capony was clearly not interested in going into the room,” Silva explains. “Sasha, however, walked right into his room so George could feed her carrots.”

The animals’ owner said the hospice visit was a first for him. Without VITAS Community Connection, a charitable organization that provides financial assistance to patients and their families, that first-time connection may not have been possible.

“It was really amazing,” Silva says. “And Rothbart told us, ‘If you ever need me again, just call.’” 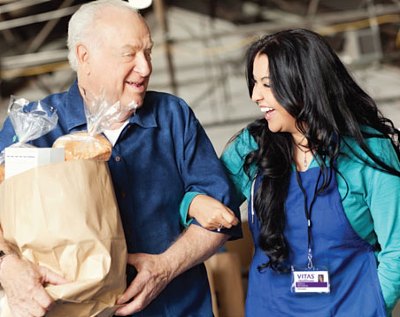