According to a recent study published in JAMA, incidence and mortality rates of sepsis in the United States appear to have remained constant in recent years based on clinical data, despite the higher incidence and lower mortality suggested by claims-based data.

"Despite its importance, reliably measuring sepsis incidence and trends is challenging," the study authors write. As sepsis awareness increases and sepsis coding practices change, they voice concerns about the reliability of claims-based trends.

“…neither the incidence of sepsis nor the combined outcome of death or discharge to hospice changed significantly between 2009–2014.”
-Chanu Rhee, MD, MPH, Harvard Medical School

The retrospective cohort study looked at claims-based data and clinical electronic health record (EHR) data from patients 20 years or older admitted to 409 US hospitals from 2009 to 2014. Researchers identified sepsis cases from EHR data using an adapted version of the Third International Consensus Definitions for Sepsis and Septic Shock, with sepsis defined as presumed infection alongside signs of acute organ dysfunction.

"Reliable sepsis surveillance is essential given its high burden," the authors state. “Sepsis is a major public health problem. It is among the most expensive conditions treated in US hospitals and a leading cause of death.”

In light of the fact that claims data "can be biased by changing diagnosis and coding practices over time,” these findings suggest that EHR-based data may show more accurate sepsis trends than claims data. Hence, the authors conclude that based on clinical data, sepsis incidence and mortality seem to have remained fairly constant from 2009-2014.

Choose the right level of care at the right time. 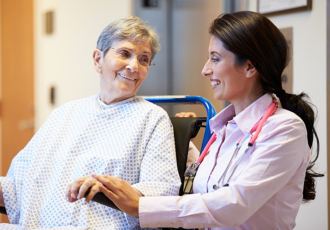