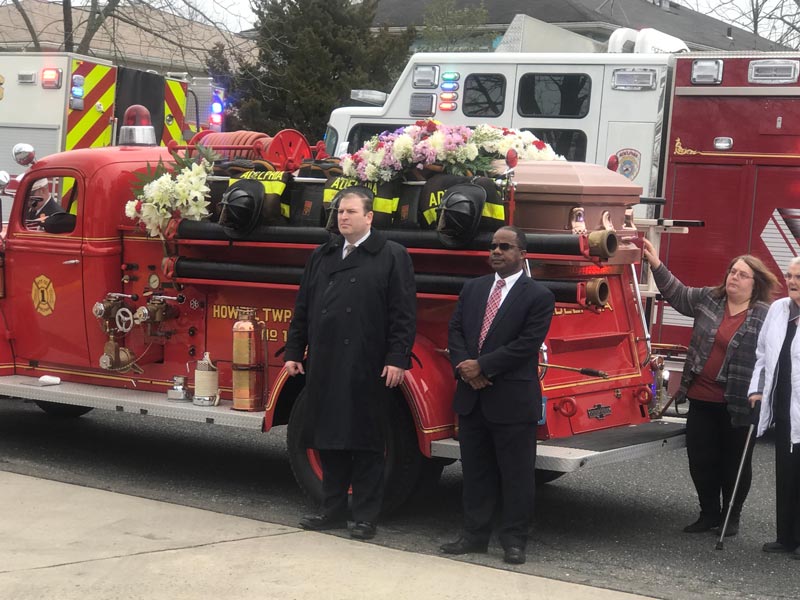 The Freewood Acres Fire Department, where Ed served for 40 years, helped with his memorial.

VITAS helps with a special honor

VITAS patient Edward F. Moore lived a life in full, and it was always in accordance with his “3 F’s”—family, firefighting and fishing. 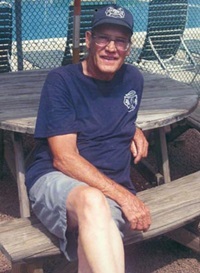 Lung cancer had rendered firefighting and fishing distant memories by February 10, 2018, the date an ambulance transported the dying former fireman from a New Jersey hospital to his home in Howell.

But what appeared to be a routine medical transfer yielded a spirit-lifting surprise, courtesy of VITAS admissions nurse Bonnie Donahue. For starters, she had arranged for Ed to be transported by Alert Ambulance, a local company that employed Ed for 18 years.

Also, Bonnie laid the groundwork for Ed’s ambulance to be escorted by an engine truck from the Freewood Acres Fire Department, which Ed had served with distinction for 40 years.

Sirens blaring and lights flashing, the ambulance, fire truck and a light truck used by the fire chief drove a slow, 10-mile procession to honor Ed. Once the honoree was home, his first-responder colleagues trooped in for a word or two.

Ed died the following day at the age of 72.

"I couldn't be more complete"

“It’s just about fulfilling somebody’s last dream,” says Bonnie, an RN in the Jersey Shore program in Shrewsbury and president of the Freewood Acres Fire Department’s auxiliary. Bonnie rode in the ambulance with Ed, who confided: “`Bonnie, I never thought this would ever happen. I couldn’t be more complete.’”

Prior to Ed’s terminal illness, “No matter what was wrong with this man, he always went to the fire company,” recalls Bonnie, who says Ed occasionally wept tears of frustration after his cancer kept him from his beloved station.

He wasn’t the only one who found his ceremonial ride gratifying. “It was a really nice thing to be able to do that for someone,” Bonnie says.