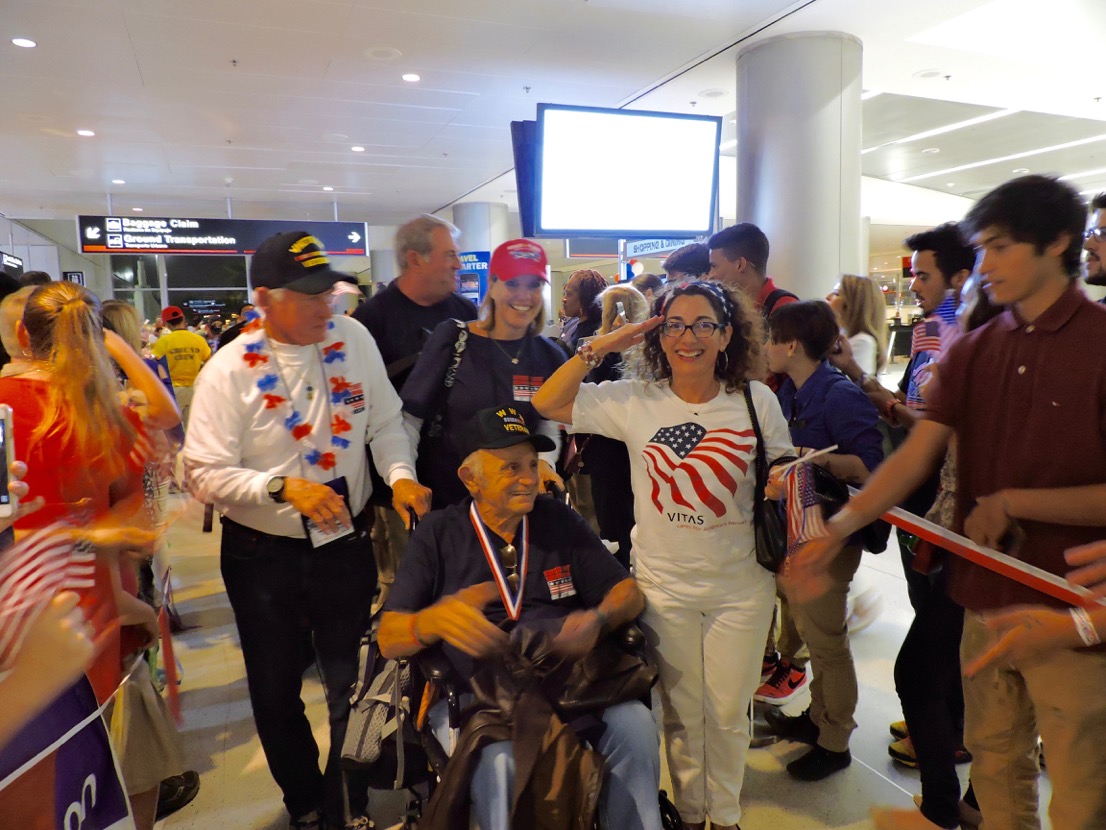 VITAS Veteran Liaison Karin Edelstein was beaming with pride as she proudly represented VITAS Healthcare on a special flight in a plane with 78 Vietnam War veterans, who accompanied 78 WWII veterans—a first-of-its-kind trip for Honor Flight of South Florida, an organization dedicated to transport America's veterans to Washington, D.C., to visit the memorials dedicated to honor their service and sacrifices.

In D.C., the veterans visited Arlington National Cemetery, the WWII Memorial and the Vietnam Wall. Perhaps the most emotional part of the visit was felt on their return home to Miami, where the veterans were welcomed in the airport’s arrival section by a cheering crowd of family members, friends, local military, and community and news organizations who wanted to lend their support.

NBC 6 News Miami was at the airport to capture the homecoming and spoke with Vietnam Veteran Glenn Saffon, Military Intelligence, who said that the event was very touching. “It's very emotional, but it's also extremely gratifying. The welcome that we've had every stop of the way by thousands of people, thanking us for our service and applauding, it just means so very much," said Glenn. 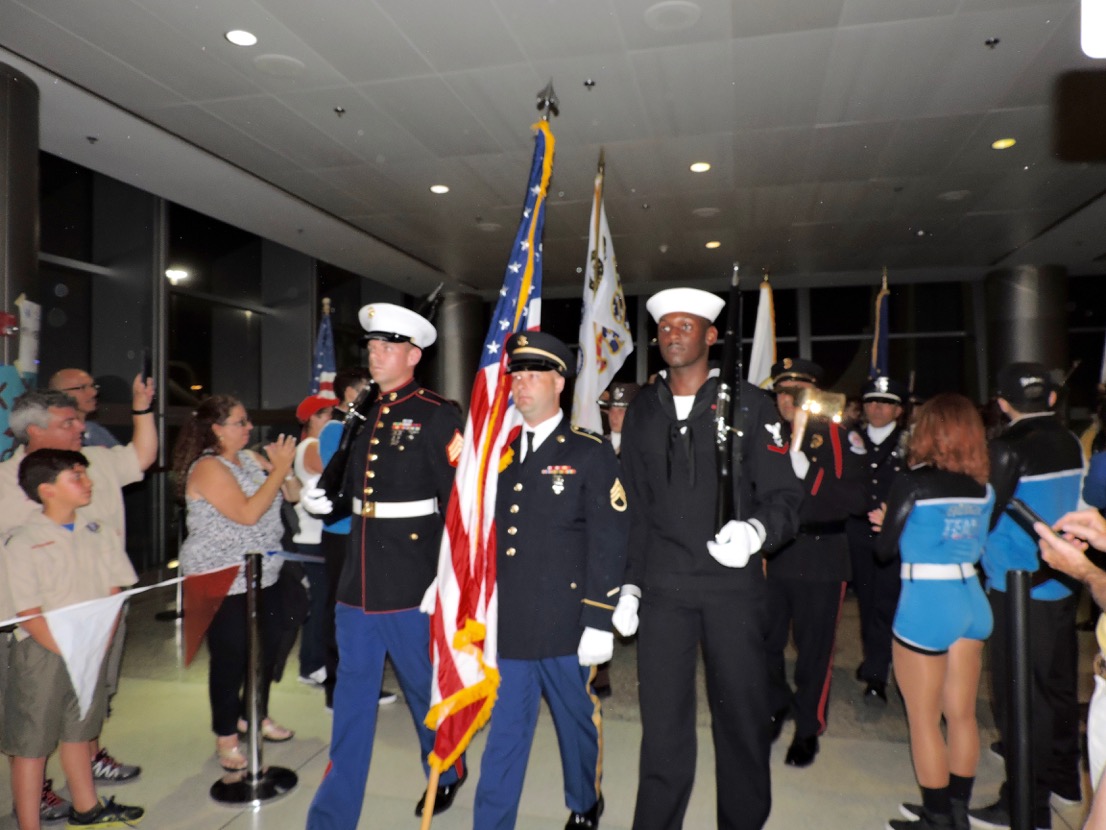 For the first time on Saturday, April 2, 2016, Vietnam War veterans accompanied WWII veterans on an Honor Flight trip to visit war memorials in Washington, D.C. Upon their return to Miami International Airport, they were greeted by a large cheering crowd of bystanders, veteran-supporters and other military officials (pictured). 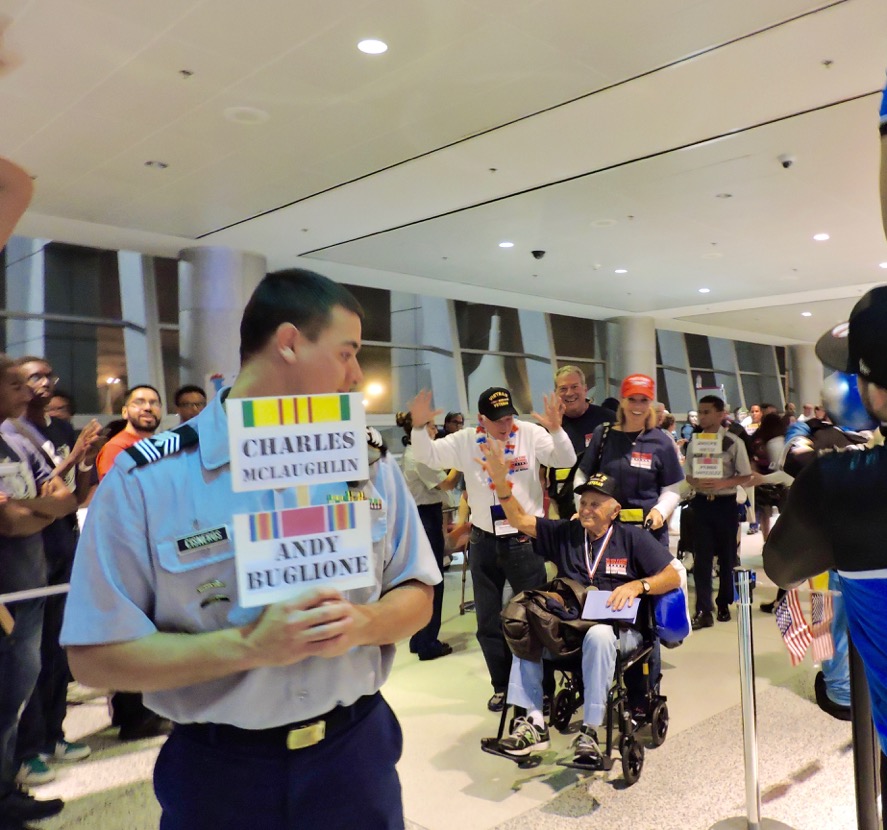 On Saturday, April 2, 2016, VITAS Veteran Liaison Karin Edelstein accompanied 78 Vietnam War veterans and 78 WWII veterans as they participated in the first-ever dual veteran flight experience through Honor Flight of South Florida. According to WSVN-TV, which was on site for the veterans’ return, Vietnam War veteran Greg Chippone said, "We never got a 'Welcome Back' for Vietnam like this." 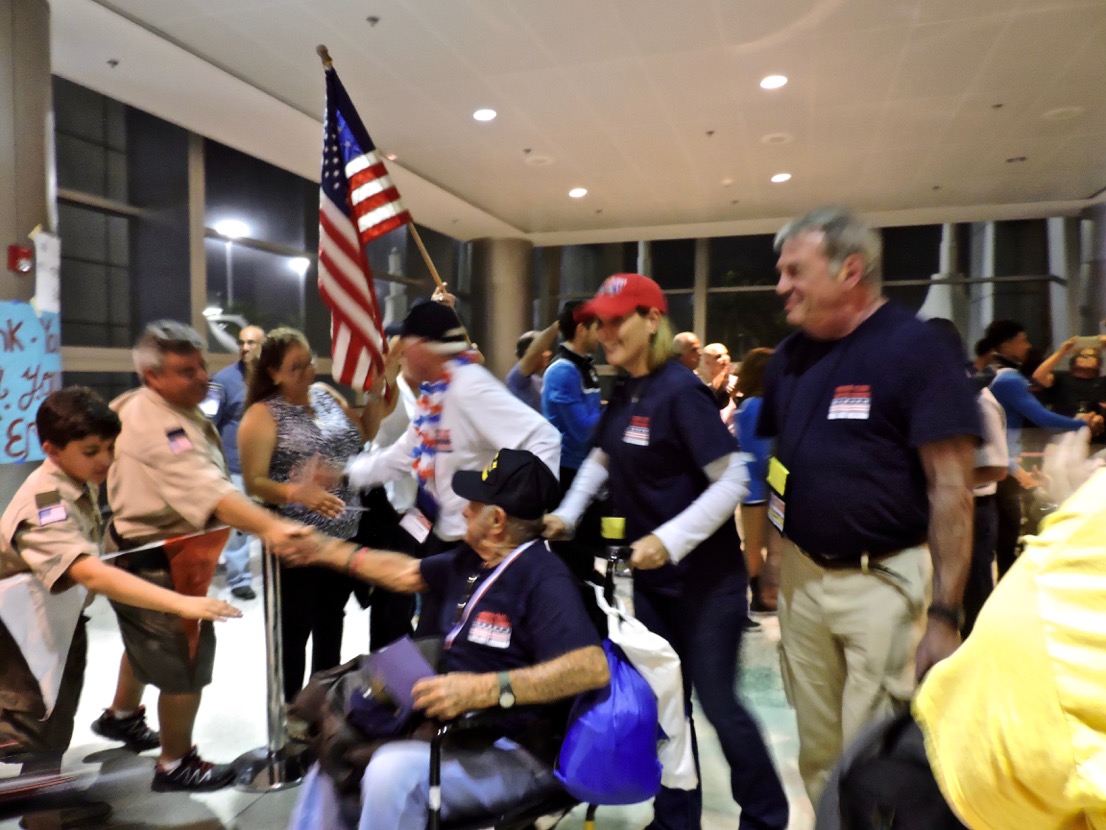