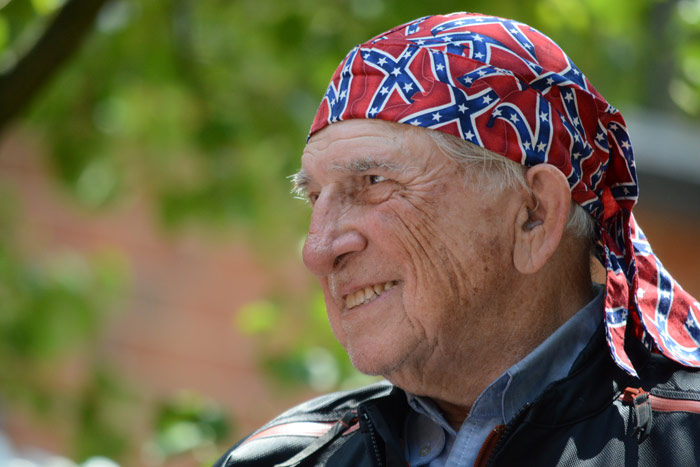 VITAS Healthcare celebrated the arrival of Dr. E. Bruce Heilman, 90, a World War II veteran on Sunday, May 22, as he neared the end of his cross-country journey to commemorate the 2,000 Americans that died in Pearl Harbor on December 7, 1941. Dr. Heilman’s month-long, 6,000-mile motorcycle ride began in Kentucky, extended through California and the Midwest and will end when he reaches Richmond, Virginia, in anticipation of Memorial Day. His welcoming and arrival into Cincinnati, Ohio, was attended by the Cincinnati VITAS team, notable military personnel including local Gold Star families, Harley Davidson biker groups, the community and Sharonville Mayor Kevin M. Hardman.

In Cincinnati, VITAS teamed up with Spirit of ’45, a non-profit, non-partisan coalition dedicated to preserving the legacy of military and civilian service during World War II, to help Dr. Heilman raise public awareness about the important events that took place during WWII beginning with the attack on Pearl Harbor, which will be commemorated this December during the 75th anniversary of the war.

Caring For Our Veterans

“VITAS Healthcare is proud to honor the service-men and women of WWII,” said Carole Quackenbush, VITAS veteran liaison. “We are especially humbled to be a part of Dr. Heilman’s incredible cross-country ride and are honored to serve and care for veterans of all eras during the final chapters of their lives.”

Dr. Heilman, who fought in the Battle of Okinawa, served the University of Richmond for 30 years as president and chancellor, and when he returned home on Wednesday, May 25, to conclude his epic ride, he joined the annual Rolling Thunder Rally in Washington, DC, and rode in the National Memorial Day Parade.

VITAS recognizes that veterans have endured unique experiences that most people do not have in their lifetimes, and they need particular support during one of the most challenging moments of their lives – the ends of their lives. That is why VITAS offers a variety of programs that are widely recognized for their commitment to honor veterans’ preferences and provide them with the respect, comfort and compassion they require. 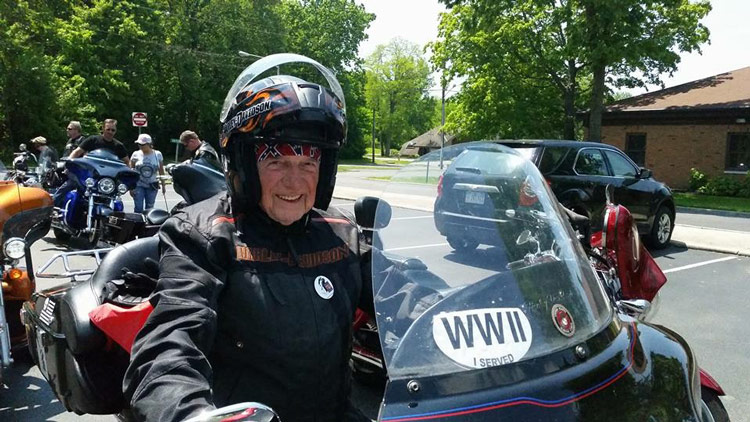 Dr. E. Bruce Heilman (pictured), a World War II veteran, arrived at the homecoming event hosted by VITAS Healthcare, honoring his and other servicemen’s efforts and military service in Cincinnati, Ohio, as he nears the end of a month-long, 6,000-mile cross-country motorcycle ride. 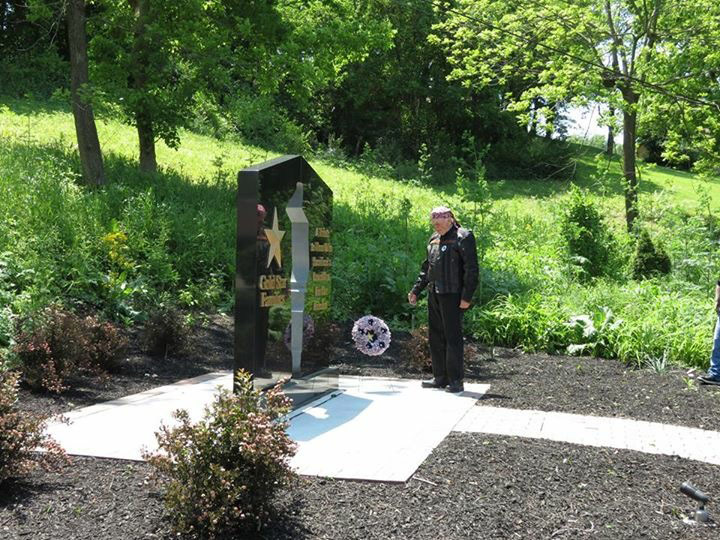 During his cross-country motorcycle ride, Dr. Heilman visited several states that had ships present at battle at Pearl Harbor. In this photo, Heilman bows his head during a moment of silence at the Gold Star Families Memorial Monument in Cincinnati, Ohio. The memorial honors and recognizes families whose loved ones have made the ultimate sacrifice while serving in the military. 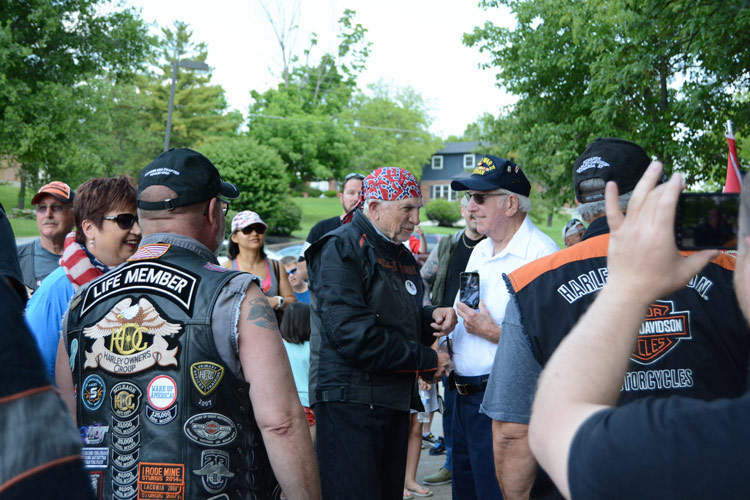 Dr. Heilman was welcomed by veterans from across the U.S., VITAS staff and the Cincinnati community. Heilman fought in the Battle of Okinawa and aims to raise awareness about the historic events that occurred during WWII. His inspiring bike-ride ultimately concluded as he joined the annual Rolling Thunder Rally in Washington, D.C. during Memorial Day weekend. 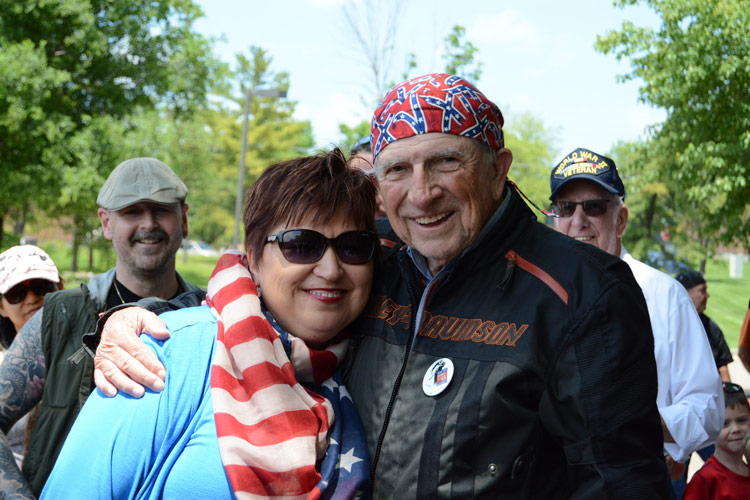 VITAS Veteran Liaison Carole Quackenbush (left) and Dr. Heilman (right) as he was welcomed to Cincinnati by a large crowd. VITAS Healthcare, the nation’s leading provider of end-of-life care, is committed to honoring those who have served in the U.S. military by celebrating their contributions to our history every day. 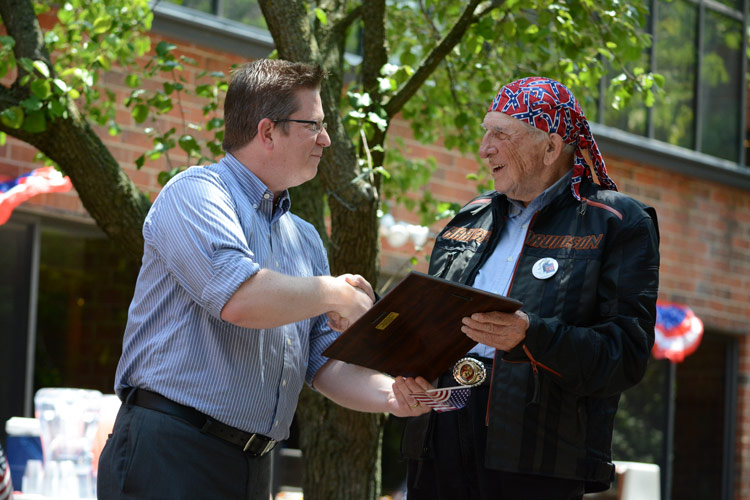 Sharonville Mayor Kevin M. Hardman presents Dr. Heilman with a proclamation honoring him for his journey and efforts to raise awareness about WWII on behalf of veterans. In 2015, Heilman rode a similar route to bring awareness to the 70th anniversary of the end of WWII and in 2014 he rode more than 5,000 miles to Alaska to honor his late wife, who gifted him his first Harley Davidson motorcycle on their 50th anniversary. 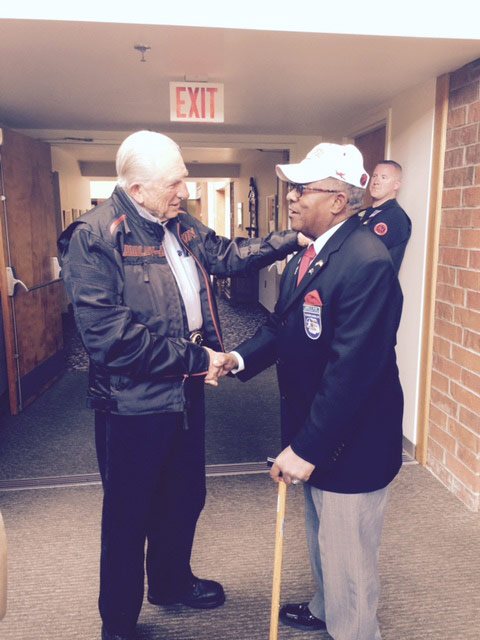 Dr. Heilman (left) and Tuskegee Airmen President James Shaw (right) shake hands while meeting at the homecoming event. During the event Heilman and Shaw lit a red candle commemorating the Tuskegee Airmen’s 75th anniversary, which was celebrated March 22, 2016. The Tuskegee Airmen were called Red Tails, after pilots of the 332nd Fighter Group painted the tails of their planes red. 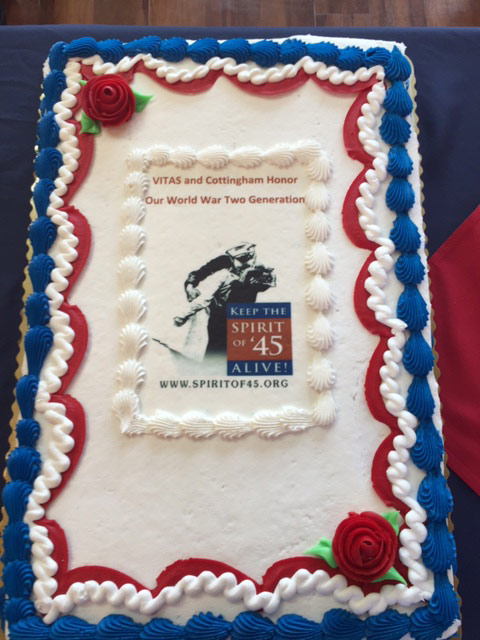 VITAS teamed up with the Spirit of ’45, a non-profit, non-partisan coalition dedicated to preserving the legacy of military and civilian service during WWII, to help Dr. Heilman raise awareness about the important events that took place during the war. VITAS and Cottingham Retirement Community, where the homecoming event took place, presented a cake honoring the WWII generation and the brave service-men and women that served to protect our country, past and present.