Should You Be a Hospice Physician?

If you’re a physician who takes care of families, maybe you should consider hospice 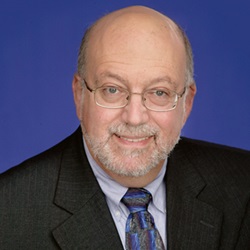 Joel S. Policzer, MD, FACP, FAAHPM, was a South Florida oncologist in 1985 who dismissed hospice as pro bono work; he already had a busy practice to see to. He agreed to help out VITAS Healthcare when he was assured that this was not volunteer work. He signed up to see six patients in an inpatient hospice unit in a local hospital on a part-time basis.

He recruits physicians, talking to doctors across the country. He does hands-on patient care. And he teaches young physicians about hospice services, about knowing when curative care is no longer effective and how to suggest and achieve comfort care when that is the patient’s goal.

Dr. Policzer says hospice is a calling. For those who are called, he says, it’s the best job in the world.

A member of the hospice interdisciplinary team

Historically, Dr. Policzer says, “Hospice began as a nursing enterprise, brought to America by nurses.” Up through the 1960s, he says, doctors treated patients with the tools available. When the patient no longer responded as expected, doctors backed away from these “hopeless” situations, where “nothing more could be done.” It was the nurses who found the hospice model, originally in the UK, and brought comfort care to those dying patients.

In 1982 in the United States, Medicare mandated that a physician be on the hospice interdisciplinary team, taking their place as equals alongside a chaplain, nurse, aide, social worker and even a volunteer.

It was a difficult adjustment for many physicians, Dr. Policzer admits. “Physicians take over,” he says. “It’s just our personalities: we solve problems, make decisions, take charge.”

He and lots of other hospice physicians discovered, with the help of the nurses, social workers and others on the team, that to be successful, the doctors had to “reign it in,” and move from being the ship’s captain to being one of the ship’s officers.

What makes a good hospice physician?

Physicians have changed in 35 years. Today Dr. Policzer can watch physicians or medical students in a hospice setting and know which ones have the makings of a good hospice doctor.

“They are very comfortable with a hospice patient. They’ll help move the patient, give the person water to drink—they already have what it takes. The pain control, the family conflicts, the physical and emotional crises—hospice doctors go toward those things, like first responders toward a fire. They want to be involved in it.”

There was a time, Dr. Policzer remembers, when hospice doctors were recruited from established physicians in their own practices who wanted to add some part-time hospice work. Now, private practice is disappearing. Hospice physicians are coming from the ranks of mid- to late-career physicians who want to transition to this model of care. Or they are newly minted doctors, just coming out of family medicine residencies or hospice and palliative medicine fellowships.

What they all have in common is that they want to take care of families. That’s where hospice doctors come from.