VITAS Takes Care of Orlando Families and Each Other In Crisis 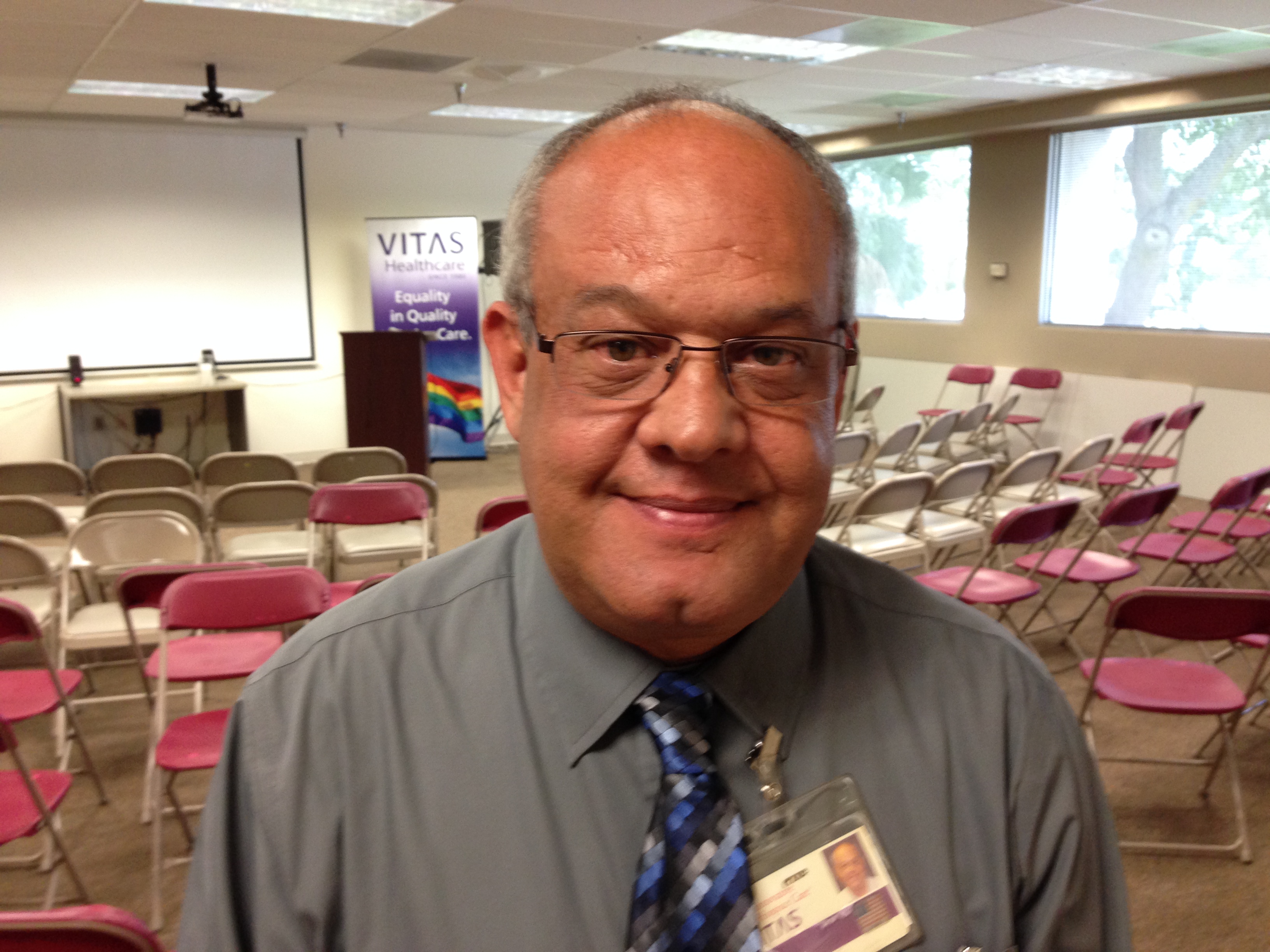 Felix Montanez was where he usually is on a Sunday: serving as a deacon, preaching the 8 o’clock sermon at St. Augustine Church in Castleberry, just outside of Orlando, FL. When he checked his phone he had a message: Please call we need you. Urgent.

Felix is a hospice chaplain with VITAS Healthcare in Orlando, but he is also a volunteer chaplain with the Orange County Sheriff’s Office, and he gets calls regularly.

But this was June 12, 2016. Five hours earlier, a gunman had opened fire on the crowd dancing at Pulse nightclub, something most of the nation was still unaware of. Orlando’s gay community is large and there is also a substantial Puerto Rican community. The two had come together Saturday night for Pulse nightclub’s “Hispanic Night,” swelling the crowd in the club to more than 300.

Chaplain Felix went home, put on his sheriff’s uniform and showed up at the Hampton Inn right next door to Orlando Regional Medical Center, where the wounded from the club were being brought. He would remain at the hotel for 12 hours, creating comfort amid the chaos, speaking to frantic families in Spanish. Earlier that day he called fellow Puerto Rican and coworker, Eva Pagan-Hill, the VITAS bereavement manager, who is also active in the Hispanic community. “We need you,” he told her, and she was there.

Chaplain Felix and Eva are typical of the caliber of professionals who work at VITAS nationwide: trained and experienced in coping with death, dying and grief; committed; selfless; doing what they love out of love; taking care of each other. And when there is a public tragedy like the Orlando shooting, these VITAS professionals bring their expertise where it is needed, for as long as it is needed, with no expectation of recognition or even sleep.

Chaplain Felix remembers thousands of people at that Hampton Inn, all desperate for news of a loved one. Many spoke only Spanish. Some had arrived with no money, no place to stay, dropping everything when they received word of the massacre. The calls and the texts never stopped. The medical examiner set up an office in one room; close family members were escorted in, often to describe their loved one and see if someone on the list was a match.

When Eva showed up at the lobby with additional counselors, she was told by another organization they couldn’t come in. Maybe it was procedural, or lack of organization or a misunderstanding. 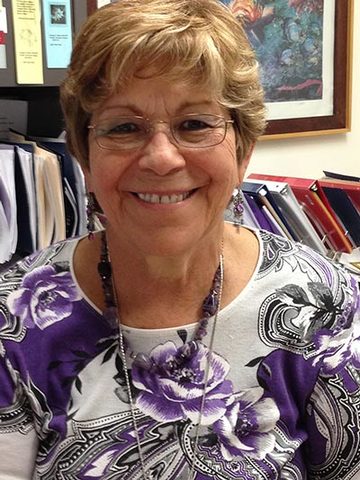 Eva protested, but it didn’t stop her. She stood outside and faced families looking for information or reeling from the information they’d received. Some simply needed someone who spoke Spanish to explain. Eva and her companions did what they do best. “We hugged, we cried, we touched,” she says, then shrugs. “We do what Hispanics do.”

There was little information and volunteers were instructed not to tell anyone anything. The “not knowing” fueled everyone’s frustration—the chaplains, the families, the police. A family member was arrested when, unable to get any information, he became aggressive. Several people were hospitalized with heart attacks and other emergencies. The unmarried partner of at least one victim was told he would get no information; instead; the police waited for a relative to fly in from Newark.

By the end of the day, some families could only deduce that if their loved one was not on the patient list and was not among the unidentified, they must be among the dead. At 7 p.m., those still waiting for information were told to go home and come back in the morning. The crowd erupted in anger.

“Yes, we made a difference,” Chaplain Felix says quietly a few days later. “Eva was there—very powerful. Our ability to speak Spanish was important. But it was a very slow process. We wished we could provide information, instead of lists of funeral homes and churches.”

“But people were so appreciative. Families told me, ‘We couldn’t have done this without you.’” He shakes his head in wonder. “I don’t say anything. What can anyone say? I am just present. We try to keep the poison from spreading. This is a time for love.”

We Take Care of Each Other

Eva, who has worked at VITAS for 15 years, worries about her co-workers as much as she worries about “her community”—the Hispanics in Orlando. She ticks off on her fingers the VITAS staff who were directly affected by the shooting: the community liaison who feeds the poor when she’s not teaching about hospice lost two volunteers in the shooting; another liaison lost her best friend and her hairdresser; an aide, whose brother is in the hospital; the daughter of another staff member lost someone close. “And then we have to come to work and deal with death,” Eva says of her co-workers. “And yes, we’re trained to deal with death. But this is young. This is sudden. This is different.” 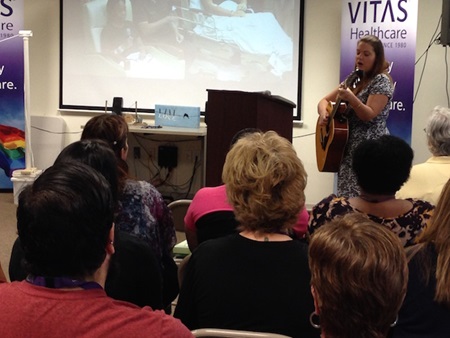 When Eva saw Chaplain Felix in the VITAS office a few days after the shooting, she took him aside and told him they needed to talk, in the Quiet Room, no buts about it. “I was feeling OK,” Chaplain Felix insists 24 hours later. But with the door closed and a sympathetic Hispanic ear and a trained VITAS eye focused solely on him, Chaplain Felix broke down, wept, talked things through, and emerged a little more whole than he had entered.

VITAS has four values that every employee knows by and takes to heart. “We take care of each other,” is number two, right after “patients and families come first.” Taking care of each other is what Eva was doing that day.

Caring for the Caregivers

The Orlando office was taking care of each other when they paused briefly on Thursday, June 17, for a support service especially for staff members. “We are providing care to those who are providing care,” explained VITAS Chaplain Roger Hagan. “Any time you listen to someone else’s pain, it takes energy. You can become overwhelmed and drained.” Chaplain Selena Reyes-Martinez is an example; all week she’d been meeting with the mayor, holding vigils, talking to and supporting the LGBTQ community in which she is a member. About 120 VITAS employees attended the service, but ironically, many missed the service because they were busy caring for others.

For those who were there, there was comfort. There was music by Anna Canbury, one of the VITAS music therapists and presentations by several chaplains and Bereavement Services Secretary Ardeth Jean Balderson. Donna Carey, bereavement services manager from the Brevard County office of VITAS, invited her counterparts to reflect. “The stress is enormous in the best of times,” she reminded them. There were tears and silence and, afterward, lunch.

Chaplain David Huber was reflecting on what he had seen and heard since early Sunday morning, when the patient care secretary for his team approached him. “We need you,” she said. A hospice patient had died. It was time to get back to work—because patients and families come first.